right is a idea of a iarga-man home on Iarga, and left on how Stefan saw them first, when he saw those incredible beings standing on the top of their ship floating in the water, where he had just sailed into a collision with their craft. But when reading the book, one is to understand that this was not an accidental meeting. They hoped it would be done into a book, and so it did.

This interview was broadcasted on 19 August 1969, so it took place on that date or (probably) some weeks or months before that.

The ultimate Theory Of Everything according to Stefan Denaerde" 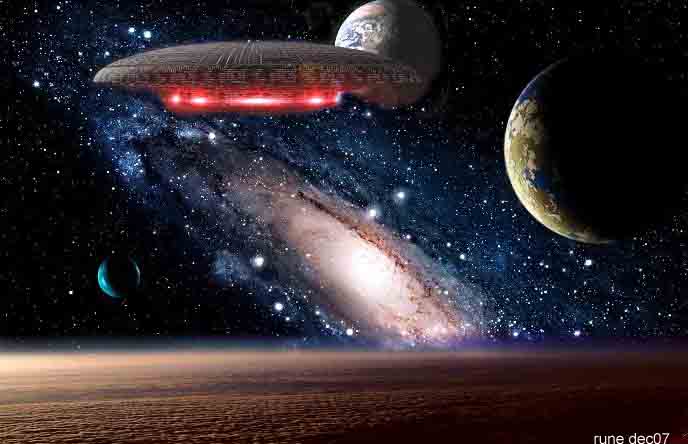